TO THE REPUBLICAN SENATORS - AND OTHERS - WHO REFUSE TO DISAVOW THIS "CRIMINAL" FORMER PRESIDENT,  - I OFFER MY "ONLINE" RESOURCE - FOR A READING OF THE KENNEDY/SORENSEN BOOK "PROFILES IN COURAGE"... [ https://hansandcassady.org/Profiles-In-Courage.html ]  < in progress

As a former "small business owner"  (we never had more than 10 employees)  - and, the person charged with "hiring" new staff - as our business grew;
it does appear a novel approach to hire someone for a challenging job - [that] they have absolutely no experience in [ none - zip - zero ]; This is what America did - in 2016.

But, for the "hire-ER" to falsely exhibit "shock" - when the results ( via the "hire-EE" ) are worse than expected - seems insincere - at best. Again, as the "owner" - of a small business
I could ( and DID!) "fire" employees - when they failed to perform - as I expected them to. Indeed, as a practical matter - ALL employers MUST "fire" employees - who fail to perform.

As a graduate of UWGB's   "inter-disciplinary Environmental Science" program - and "partner" - for 4+ years - of a 1970s NorthEastern WI "Fur Trapper"  - the analogy of fur-trappers eating everything caught in their traps - and, complaining of 'bad-tasting ' stew - seems a 'fit'.

In fact, my [then] "business partner" gave raccoon [a]  and muskrat [b] meat to the Farmer's wife - in exchange for exclusive "farm land" access - and, she cooked it - right along with the venison [c] - also taken. Always a "finicky" eater [d]- I did not even taste the bad smelling goo - but, I observed it; and, recall my Partner's complaints. In fact, what my Partner desired - was carnal knowledge [e] of the farmer's pretty wife; AND the farm - SHE SAT UPON.  The "Farmer" - eventually realized - what his wife was about - and, they divorced - but, not before - she had him imprisoned - for attempting to "kill" her. My Partner - actually, had her one time (he said) - and, quickly grew tired of her cooking.

The angst of Republicans today - is directly related - to an UN-AMERICAN "impression" [that] "business owners" have "rights" ...  that exceed - their responsibility - to the places and people - they depend on.  Donald J. Trump - has a long history of this belief system - well documented in the New York Times. [g]

In fact, because WHAT "MY" BUSINESS did - the "services" we provided - were at the "cutting edge" of technology - in A "Woman Owned Business"- AND, we (thus) paid our staffers - very well - to "keep them" - working for us... In fact,  "Employee Health Care" - was our next largest "EXPENSE". [Thus, socialized medicine ( for everyone)- for our society - seems like a "field leveler" to me -  as in "level playing field" ]

Thus, "regulations" [ US LAW] - that would "prohibit polluting activities" - and "building" in swamps is disdained - by "Trump Republicans"; And, increases in the minimum wage - to a "living wage" (of $15/hour - for even "hotel housekeepers" ) -  is viewed as a direct drain on "owners" profits - is a view reinforced by a Real Estate Executive - steeped in illegally avoiding taxes. First, for his father - THEN, for himself. The never live in the polluted  "pigsty"  - they create --  "build-baby-build" !

At issue now - is not slavery - but necessary "protectionism" (to sustain the American Standard of Living) - and, how it should be implemented - to simultaneously maintain "markets" , tame  "world-wide competition" , end World pollution - and, avoid war.

Again, my experience is pertinent: I founded a small business - in the spare bedroom of our Single Family home - located in Columbus, Ohio. Very important, I required - in 1987 - [that] my "clients" ( America's Major College TEXTbook Publishers ) pay me a cash retainer "before"  I would incur significant EXPENSE and work would begin - on producing the "digital art programs" - their USA college textbooks required.

My prices (per art/per project) were set - after a careful review of the work required [in terms of "manhours"] and - a simple calculation of the "Profit" - I expected to make.

I - in fact - learned to do this - from my father: Milo Gerald Cassady 1902:1964. He was a "wall paper hanger" , "wall surface and banister fixer" and, "carpenter". He performed work - all over Central Ohio - based on "bids" to property owners. He permitted me to observe him "calculating" the jobs.

I also learned by working - at General Electric. The US Military hired GE - to develop military-related systems (for them). I participated - in the "bid meetings" - for some of these systems. I also coded software - for the DDG Aegis system. And, I am the lowly "Technical Writer" - who invoked the "Lincoln Law" - when "ordered" (by my GE manager) to sign a document [stating that] a Systems End User Manual was "complete" - when, I knew [that] it had NOT been tested - and, did NOT match - the latest version - of the system - being "pushed out the door" - ONLY to meet an internal dead line.

I did NOT collect - as a "whistle-blower"; Instead, I quit that day! And, placed a card onto the Engineering Building bulletin board - to encourage my co-workers - to also "rebel" - if needed. I took another job - within days (1986). I also - within months - began the business [ described above 1987 ] - with my very talented husband Hans Neuhart .

HOWEVER, circa 1994 - my clients learned [that] they could "out-source" [e] the ART Program services - my company performed - to foreign countries. Which, (these foreign countries) provided their citizens with "Health CARE" - and, there existed no minimum wage - in these "foreign countries" .
My company could not be "competitive" - against such "foreign" competition - which, we experienced - suddenly - as a series of lost "bids".

Our reaction - upon realizing the circumstances - circa 1995 - was to close our USA established business [ Hans & CassAdy, Incorporated ] - AND sell our accumulated assets: residentialhome, office building, equipment. We moved "West" - and, went into "consulting roles" - in America's "Silicon Valley" - and, experienced a "NEW" kind of success. Thus, we "survived" in a new "Darwinian wrought" form. [My husband and partner was - and is - Hans Neuhart ]

Today's choices are just as stark:
1. America needs "temporary" immigrant workers - to perform work - [that] Americans - do NOT want to do.
AND, 2. America's technological "edge" depends upon the kinds of systems, devices, mathematics and algorithms - Americans lack the ability - to create.

Again, both "problems" can be solved - But How? Again, I have practical - and related "experience" - in both areas ... and, suggestions ( if invited )

THANK YOU! PRESIDENT BIDEN - FOR YOU "INVITATION" MOMENTS AGO "Inauguration speech" ( suggestion - based on "experience" in progress ) " ...  https://www.washingtonpost.com/politics/interactive/2021/01/20/biden-inauguration-speech/  ..."

Trump co-opted "birther-ism", "racism" - and "sexism" - already in existence - and codified - by Far Right Organizations. These "organizations" un-checked threaten our well-being - They are Domestic Terrorist platforms.  And, by the  Right's "FAILURE" to examine his proclaimed "successes" - as the "fool's gold" - they were - these ACTORS nearly demolished the Republican Party. I admit [that] I am mostly a "Liberal Democrat"; but, I think I voted for Ross Perot - because, he captured my imagination.

Godspeed Mr. Biden - to right our ship. It will not be easy. And, it begins (in part) with an examination of the damage done [to our time-tested institutions]   -  AND, how the "damage" happened.   I will continue - to do my best - with my very small audience - to educate - and inform. Our mountain is high and wide.  Your long "political" experience - will be helpful; - as, I hope - my personal "experiences" - will enable me to reach - my small audience - which, may help you.

Dear President-Elect Biden,   I am a retired American female - and, I vote.  I am extremely pleased that YOU and Senator [Vice President ELECT] Harris won. I think (thus far) you are doing a great job!  YOUR DAILY "Profiles IN Courage" DURING THIS TRANSITION - MADE MORE DIFFICULT BY - Donald J. Trump - IS APPRECIATED !    God Speed,  Mr. Biden & Ms. Harris!  Thank you - again - for your "public service".  - Susan
[ DUMP TRUMP VIDEO >  https://hansandcassady.org/result-Dump-Trump.mp4   ]

"... Gonzalez (R, 16th Congress. District OHIO) split with Ohio’s 11 other Republican House members
who wrote off the impeachment process as rushed and political ..."

:: Dear Congressman Turner,  Thank you for your reply. It is good to know YOUR thinking - re: the "snap impeachment" - as you term it.  I will post your cogent reply - to my "personal" web site. ALL BEST - and THANK YOU FOR YOUR PUBLIC SERVICE. - SUSAN
Subject:   Responding to your message : From Congressman Michael R. Turner : To REDACTED  Date    1-13-2021 ::  Today 18:11
Dear Susan:  Last week's assault on the Capitol, the Constitution, and our democracy was reprehensible. A violent mob rioted and stormed the Capitol in a futile attempt to overturn the results of a free and fair election. They failed. In less than a week, President Trump is leaving office, disgraced and discredited for his efforts to overturn the 2020 election. However, Speaker Pelosi's snap impeachment is absent due process, hearings, witnesses and violates our responsibilities under the Constitution. For these reasons, I could not support it.

OPINION (by Susan : ABOUT Susan ) 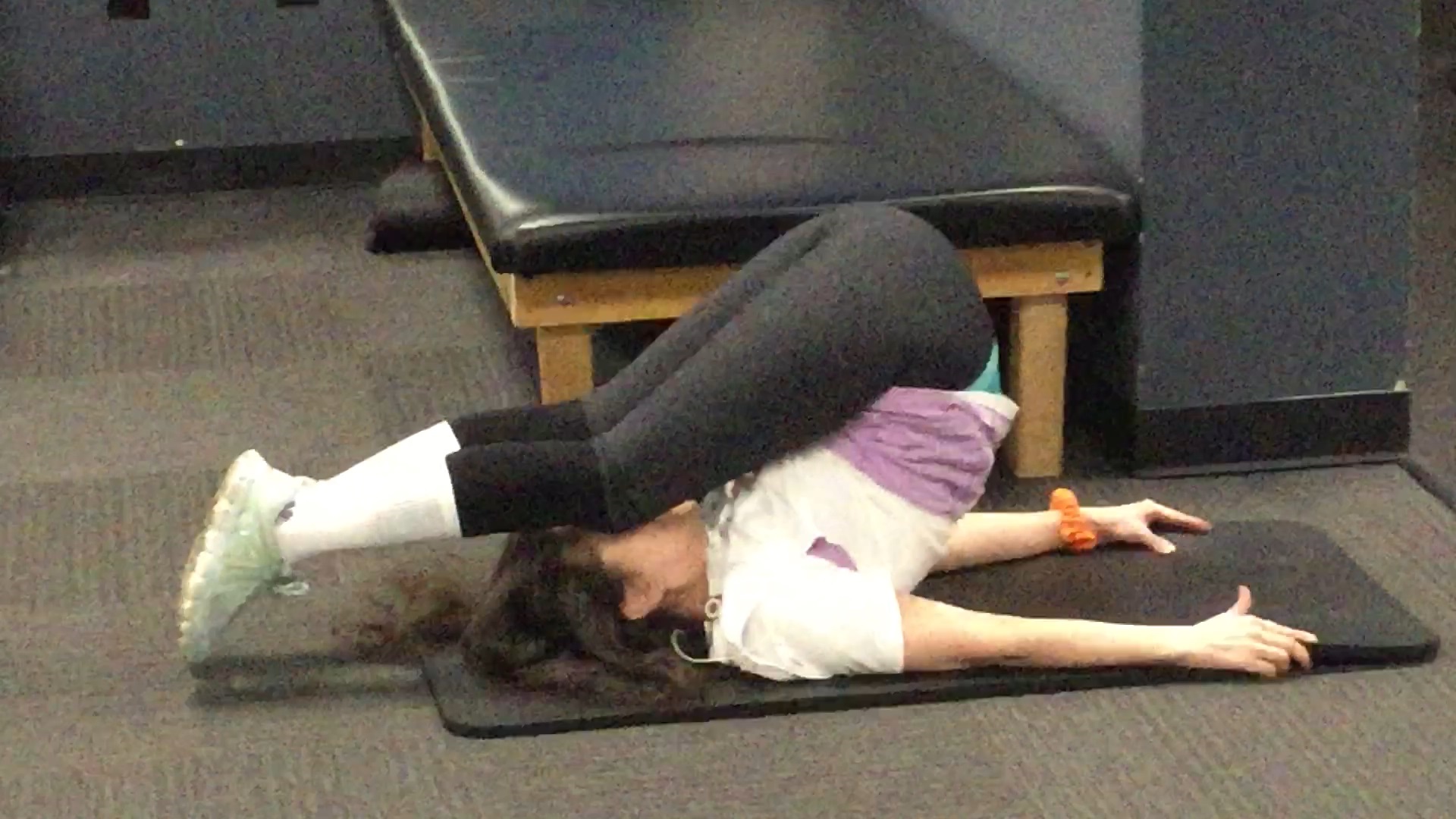 :: Halasanas AT the YMCA are fun!