Column number 1, Number of dwelling house in order of visitation   292

9. Number of years of present marriage. 8

13. Place of birth of Father of this person. Ohio (both)

14. Place of birth of Mother of this person. Ohio (both)

15 Year of immigration to the United States  NA

16 Whether naturalized or alien. NA

17 Whether able to speak English; or, if not, give language spoken. English

18 Trade or profession of, or particular kind of work done by this person, as spinner, salesman, laborer, etc.  George > Carpenter

20 Whether an employer, employee, or working on own account. ( For a person who

23 Whether able to read. YES

24 Whether able to write. YES

30 Whether a supplier of the Union or Confederate Army or Navy. No answer

31 Whether blind (both eyes). No answer

32 Whether deaf and dumb.  No answer

[ small PDF (503 kb) - (updated 11-27-2018) of document INTRODUCTION only (48 pages) - WITH HYPERLINKS & COMMENTS ADDED by Susan ]
NOTE: Author KimTallBear's entire document is available ALL over the WWW as a FREE PDF - Just enter the book title above and specify "free PDF" ; For example: See entire document - with acknowledgements deleted > (  DOREEN B. TOWNSEND CENTER FOR THE HUMANITIES - UNIVERSITY OF CALIFORNIA, BERKELEY  ).
I captured the book's Acknowledgements section ( at the publisher's web site AND present the "Acknowledgements" here: As a 3 page screen capture AND text. IF I have made any mistakes, please let Ms. TallBear know. She has my Email address (or, will have it - soon ) 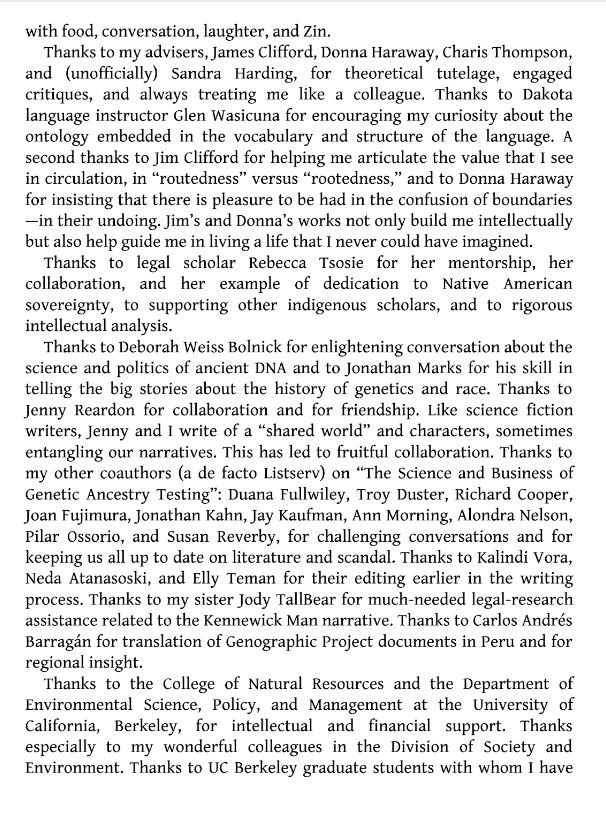 Trace Indian Ancestry (4Buzz)  ::    https://www.doi.gov/tribes/trace-ancestry  ::   Trace Indian Ancestry ::    "... To determine if you are eligible for membership in a federally recognized tribe, contact the tribe, or tribes, you claim ancestry from.  It is the individual tribes who set tribal enrollment requirements. Additional information on tracing American Indian or Alaska Native ancestry can be found :   https://www.doi.gov/tribes/trace-ancestry

NOTE: I did search the published list - AND, the terms 'Ohio', 'Marysville' or 'Union' do not appear.