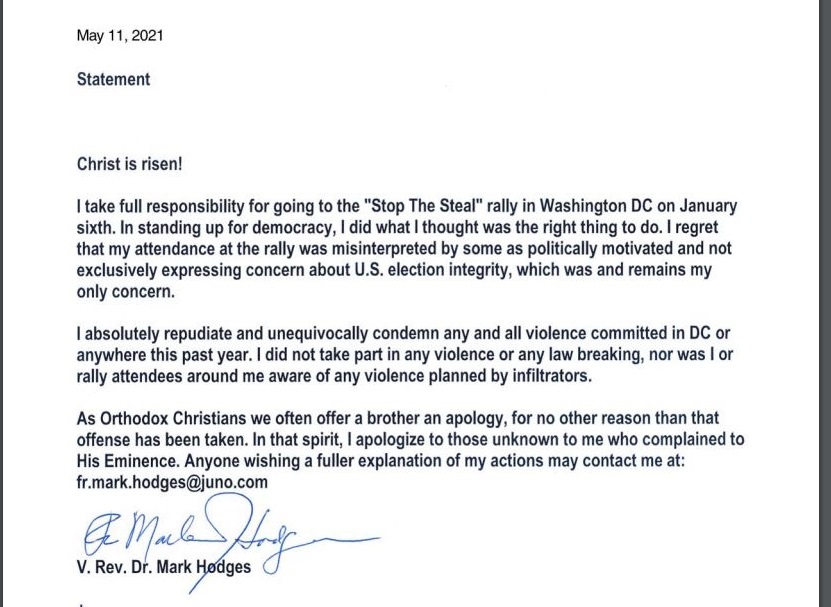 Liberty University's former president, Jerry Falwell Jr., spent millions of dollars in school funds to promote President Trump and other Republicans, according to a new report.

A university-funded think tank called the Falkirk Center, for example, purchased at least $50,000 worth of Facebook ads benefiting Trump and other GOP candidates, Politico reported on Monday.

The news outlet noted the think tank also hired Trump allies to serve as fellows and pushed the president's unfounded claims of election fraud in the past few weeks, adding that Falkirk, a think tank Falwell co-founded, promoted Trump as a pro-Christian candidate on its podcast and on social media.

“The apparatus of the university has turned more and more towards political ends and concerns,” Marybeth Baggett, a graduate of the school who also taught there, told Politico. “Obviously the school is conservative, yes. But I don’t feel like it was ever so agenda-driven as it was in the last four or five years.”

Politico also reported that Liberty gave $2.2 million to Republican consultant Ralph Reed’s Faith and Freedom Coalition in 2018, adding that it donated to The Heritage Foundation’s lobbying arm and the conservative nonprofit Citizens United, which is run by Trump ally David Bossie, as well.

Three people familiar with the situation told Politico the university's board of trustees are divided on whether to continue to school's active role in conservative politics. The law prevents tax-exempt institutions like Liberty from supporting a political candidate or party or being politically involved in elections.

Falwell, who resigned in August amid controversy regarding his personal life and that of his wife, has been one of Trump's most vocal supporters since he announced his campaign for president in 2015. In October, Falwell sued Liberty and accused the school of damaging his reputation.

“When Mr. Falwell and his family became the targets of a malicious smear campaign incited by anti-evangelical forces, Liberty University not only accepted the salacious and baseless accusations against the Falwells at face value, but directly participated in the defamation. This action seeks redress for the damage Liberty has caused to the reputation of Mr. Falwell and his family,” his lawsuit stated.

The Falkirk Center was launched in November 2019 by Falwell with the help of conservative activist Charlie Kirk.

“This is not your dad’s or granddad’s think tank,” Executive Director Ryan Helfenbein told the Liberty Champion in January. “We’re trying to have massive cultural influence, and Gospel driven and Christ-centered cultural influence that also speaks to issues that culminate in public policy.”

A Liberty University spokesperson on Monday did not immediately respond to a request for comment.

"...  The Moral Majority became one of the largest political lobby groups for evangelical Christians in the United States during the 1980s.[21] According to Falwell's self-published autobiography, the Moral Majority was promoted as being "pro-life", "pro-traditional family", "pro-moral" and "pro-American"[22] and was credited with delivering two thirds of the white, evangelical Christian vote to Ronald Reagan during the 1980 presidential election.[23][24] According to Jimmy Carter, "that autumn [1980] a group headed by Jerry Falwell purchased $10 million in commercials on southern radio and TV to brand me as a traitor to the South and no longer a Christian."[25] During his time as head of the Moral Majority, Falwell consistently pushed for Republican candidates and for conservative politics. This led Billy Graham to criticize him for "sermonizing" about political issues that lacked a moral element, before adding, "We did not always agree on everything, but I knew him to be a man of God. His accomplishments went beyond most clergy of his generation."[21]  ..."

"...  The ban on political campaign activity by charities and churches was created by Congress more than a half century ago. The Internal Revenue Service administers the tax laws written by Congress and has enforcement authority over tax-exempt organizations. Here is some background information on the political campaign activity ban and the latest IRS enforcement statistics regarding its administration of this congressional ban.

In 1954, Congress approved an amendment by Sen. Lyndon Johnson to prohibit 501(c)(3) organizations, which includes charities and churches, from engaging in any political campaign activity.

To the extent Congress has revisited the ban over the years, it has in fact strengthened the ban. The most recent change came in 1987 when Congress amended the language to clarify that the prohibition also applies to statements opposing candidates.

Currently, the law prohibits political campaign activity by charities and churches by defining a 501(c)(3) organization as one "which does not participate in, or intervene in (including the publishing or distributing of statements), any political campaign on behalf of (or in opposition to) any candidate for public office."

The IRS has published Revenue Ruling 2007-41 PDF, which outlines how churches, and all 501(c)(3) organizations, can stay within the law regarding the ban on political activity. Also, the ban by Congress is on political campaign activity regarding a candidate; churches and other 501(c)(3) organizations can engage in a limited amount of lobbying (including ballot measures) and advocate for or against issues that are in the political arena. The IRS also has provided guidance regarding the difference between advocating for a candidate and advocating for legislation. See political and lobbying activities.

Each election cycle, the IRS reminds 501(c)(3) exempt organizations to be aware of the ban on political campaign activity. The IRS published its most recent reminder in a public news release which you can read here.

The division within the IRS responsible for overseeing churches and charities is the Tax Exempt and Government Entitities Division. TEGE has created a Web page entitled Charities, Churches, and Educational Organizations - Political Campaign Intervention. It is dedicated to the IRS most recent activities related to 501(c)(3) and political activity.

A definitive court case on the issue of free speech and political expression is Branch Ministries Inc. versus Rossotti PDF. In that case, the court upheld the constitutionality of the ban on political activity. The court rejected the plaintiff church's allegations that it was being selectively prosecuted because of its conservative views and that its First Amendment right to free speech was being infringed.

The court wrote: "The government has a compelling interest in maintaining the integrity of the tax system and in not subsidizing partisan political activity, and Section 501(c)(3) is the least restrictive means of accomplishing that purpose."