WHERE IS Afghanistan - AND, WHY DO "RUSSIAN" PEOPLE WANT TO BE THERE? 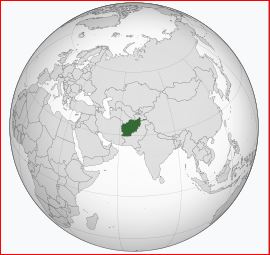 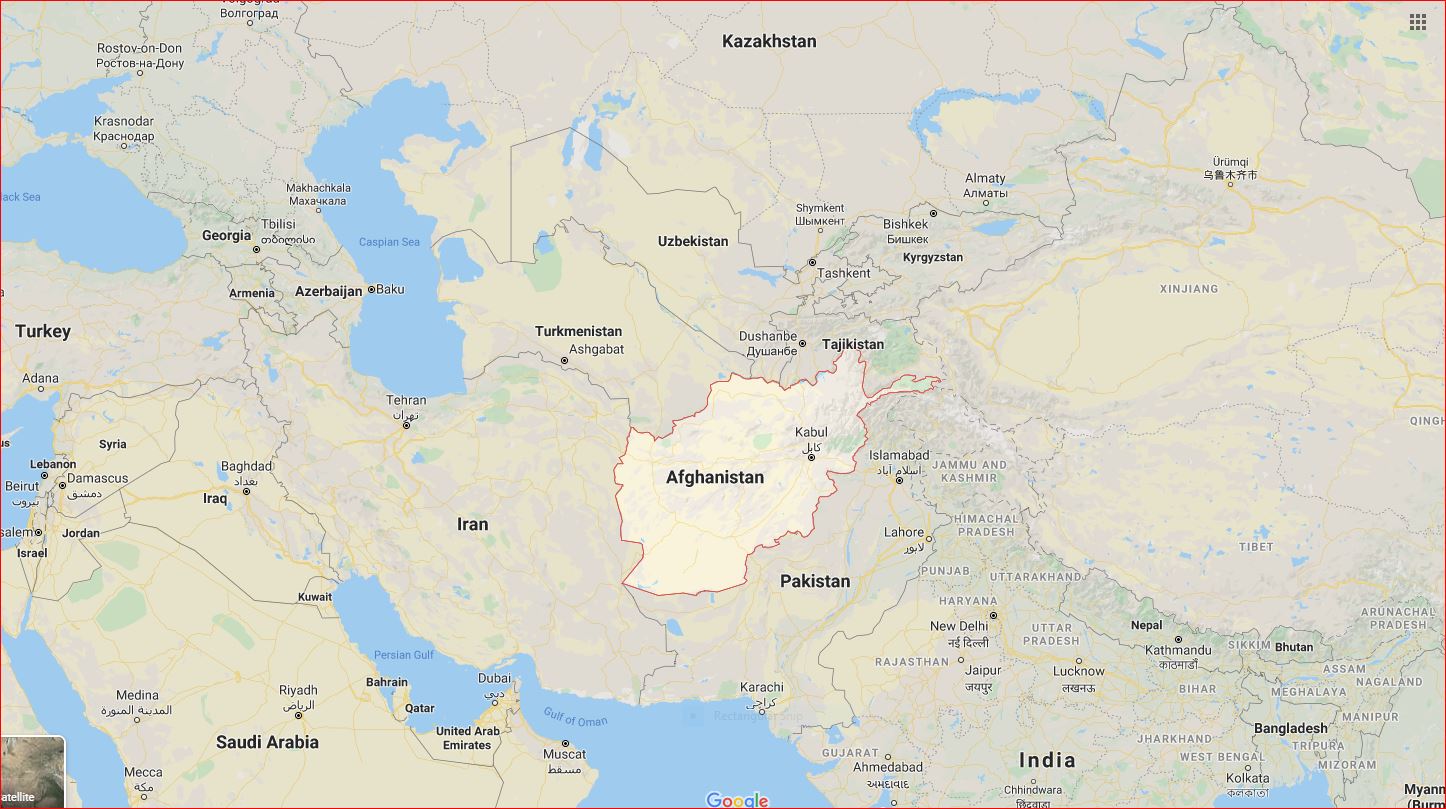 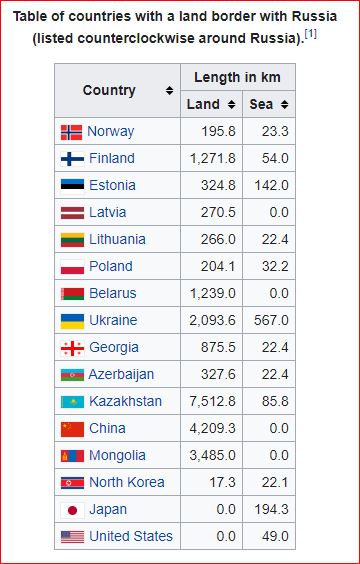 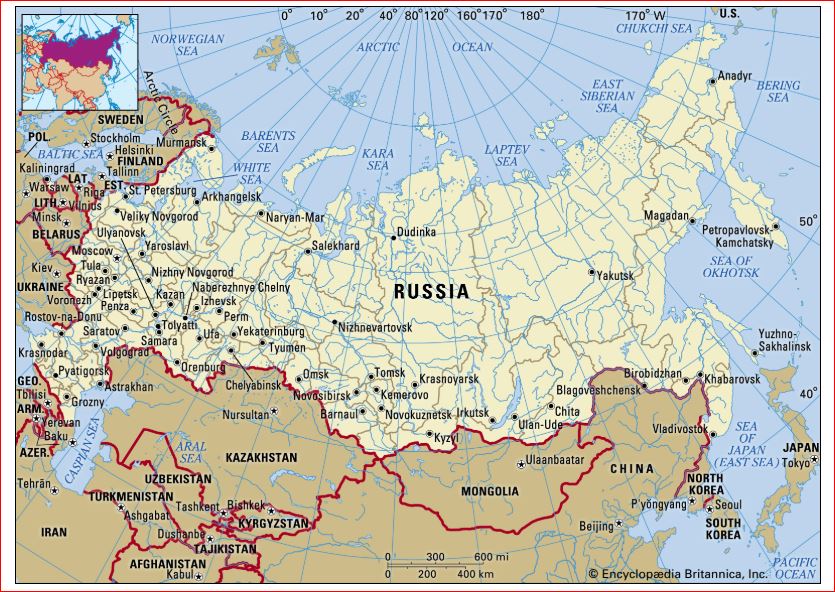 The Soviet Union strengthened its influence on the struggling new Marxist leadership of Afghanistan today, signing a friendship and cooperation treaty with the Kabul government that seems sure to further alarm Western powers already worried about turmoil in adjacent Iran.

It is the third such friendship treaty signed this fall between the Kremlin and Third World countries to buttress the Soviet position there against Western influence on the one hand and against the recent diplomatic moves of Moscow's hated rival, China, on the other. The other treaties were signed with Vietnam and Ethiopia.

The 20-year "treaty of friendship, good neighborliness and cooperation," was signed by Soviet President Leonid Brezhnev and Afghan Prime Minister Noor Mohammed Taraki in a Kremlin ceremony. It pledges the countries to mutual economic, military and technical aid.

The defense clause calls on the Soviets and Afgans to "continue to develop cooperation in the military field on the basis of appropriate agreements between them."

The treaty in effect confirms Moscow's dominance of the Taraki government. His predecessor, the feudal pro-Western Afghan strongman Mohammed Daoud, was deposed and killed in a quick April coup engineered by Marxist sympathizers in the Soviettrained and equipped Afghan army.

The Taraki government and its Khalq (People's) Party have since proclaimed a socialist revolution and announced ambitious plans for land reform and farm collectivization as well as a five-year economic development plan aimed at pulling the backward country toward industrialization. Western sources report that thousands of Soviet advisers are in Afghanistan to help direct this effort, as well as solidify control of the Kalq, a party with little popular base.

The strong Moscow influence has upset Western strategists, worried about the impact on troubled Iran to the west, as well as on the other Persian Gulf states whose oil is vital to the West. The Afghan developments also are seen as a threat to Pakistan to the east, which itself is plagued by a protracted government crisis. The Afghans and Pakistanis have long contended over Baluchistan in southern Pakistan.

The Taraki government could give covert aid to a leftist separatist Baluchi movement, which could in turn contribute to destabilization of the power balance in the Arabian Sea area. The Russians since czarist times have eyed the area for a possible warm water port. East-West maneuvering and influence in the remote, landlocked country of hill tribesmen and nomadic shepherds dates to the last century, when Britain sought to blunt those expansionist Russian aims.

The Soviets have angrily insisted they had nothing to do with the April coup, but they have clearly been the beneficiaries at Western expense and are moving swiftly to capitalize on it. When Taraki led a delegation here for talks, some Western analysts were speculating that the Kremlin would not sign a friendship treaty with so new and shaky a government.

"The Soviet Occupation of Afghanistan"

After World War II,
"...  The exact date of the war's end is also not universally agreed upon. It was generally accepted at the time that the war ended with the armistice of 14 August 1945 (V-J Day), rather than the formal surrender of Japan, which was on 2 September 1945 that officially ended the war in Asia. A peace treaty with Japan was signed in 1951.[10] A treaty regarding Germany's future allowed the reunification of East and West Germany to take place in 1990 and resolved most post-World War II issues.[11] No formal peace treaty between Japan and the Soviet Union was ever signed.[12] ..."

The Soviets - in return - used the strategic location of Afghanistan, at the juncture of Asia and the Middle East, to counter the U.S. alliance with Pakistan and the surrounding Persian Gulf states. The Soviets entered Afghanistan in 1979 with the aim of establishing a key position in Asia, one with trade possibilities and access to Gulf oil, Barnett Rubin said in his book, “The Fragmentation of Afghanistan”.

At the time, Afghanistan was a vulnerable monarchy. It was led by King Zahir Shah, who, like his predecessors, was unable to merge the existing tribal society with a central government. This separation of the Afghan elite and the central government from local tribal leaders eventually caused a revolt against the monarchy.

The Saur Revolution of April 1978 - in which the Afghan communist party , the People’s Democratic Party of Afghanistan [PDPA], seized power in a coup and killed the country’s prime minister, also created space for a foreign invasion into a country that lacked a legitimate government. SEE ALSO: https://en.wikipedia.org/wiki/Communist_(Maoist)_Party_of_Afghanistan  (2004)

"... was a coup d'état (or self-proclaimed revolution) led by the Soviet-backed People's Democratic Party of Afghanistan (PDPA) against the rule of Afghan President Mohammed Daoud Khan on 27–28 April 1978. Daoud Khan and most of his family were killed at the presidential palace.[4] The revolution resulted in the creation of a government with Nur Muhammad Taraki as President (General Secretary of the Revolutionary Council), and was the precursor to the 1979 intervention by the Soviets and the 1979–1989 Soviet–Afghan War against the Mujahideen.  ..."

Soon after their entry into Afghanistan, the Soviets imposed military and social reforms that began to make enemies within different sectors of the indigenous population (Afghanistan). They ( the Soviets) initiated land reforms that troubled (Afghanistan) tribal leaders. They ( the Soviets) implemented economic measures that worsened conditions for the poor, and tried to curb ethnic uprisings by mass arrests, torture, executions of dissidents and aerial bombardments, according to a November 2001 Amnesty International report.

According to Amnesty International, some 1 million Afghans died during this period, with more than 8,000 people were executed after being put on trial between 1980 and 1988. The crackdown led to resistance by Mujahadeen, or "Afghan freedom fighters", who were backed by the United States. Heritage Foundation report...

In 1988, Soviet Premier Mikhail Gorbachev, who called the occupation of Afghanistan a “bleeding wound,” withdrew his forces from the country.

Several events in Afghanistan’s history led up to the Soviet invasion and the civil war that followed the withdrawal.

In 1967, the People’s Democratic Party of Afghanistan, which was the only structured political party in Afghanistan at the time, separated into two rival factions — 1. the more radical “Khalq” (that took a traditional view of Marxist ideology), and 2.  the “Parcham” that believed in a gradual movement toward socialism for the pre-industrialized Afghanistan.

While the PDPA had initially unified to overthrow the monarchy - which the PDPA group believed practiced "elitist politics" that didn’t include the Afghan people - rivalries and differences over ideology led to hostilities between the PDPA group’s two factions.

On April 27, 1978, the PDPA was able to overthrow the monarchy. The leader of the Khalq faction, Muhammad Taraki became president and renamed Afghanistan, the Democratic Republic of Afghanistan.

By late 1978, however, a rebellion against the Taraki government’s policies started an Islamic extremist movement in eastern Afghanistan and spread throughout the country, leading to civil war.

Violence increased and Taraki was killed the same year in a palace shootout by rebel groups, according to a May 2006 U.S. State Department report.

Hafizullah Amin, Taraki’s deputy prime minister, assumed power. [Amin was assassinated 1979.] However, Oleg Grinevsky, a former Soviet ambassador to Sweden, said in his book “The Secrets of the Soviet Diplomacy” that the Soviet Union’s intelligence agency the KGB, which was monitoring Afghanistan after the invasion, released information claiming that Amin was incapable of sustaining power and that his radical Marxist policies would cause greater instability in the country.

Other reports - by the KGB - stated that Amin’s "loyalty" toward the Soviet Union was false and that he was an American spy.

As such, they needed to replace him with a more pro-Soviet leader who would gain popular support in Afghanistan, Grinevsky wrote.
-- Amin was in power for 104 days before he was assassinated by KGB agents wearing uniforms of the Afghan Revolutionary Central Committee, according to the CIA document, “Predicting the Soviet Invasion of Afghanistan”.

Soviet entry and the resistance

The "Soviet-Afghan Friendship Treaty" signed in December 1978 (by Amin) permitted "military assistance and advice to Afghanistan" - if requested.

Citing the treaty - and with the aim of "solidifying an ally in Asia", Soviet ground forces took control of Afghanistan in December 1979 and appointed as head of state, former deputy prime minister and leader of the Parcham faction of the PDPA, Kamal Barbak.

In an effort to resist the Soviet occupation and the spread of Marxist ideology to Afghanistan, the United States — then at the height of a nuclear arms race with the Soviets [circa 1979] and fearing a southward movement toward the oil-rich Persian Gulf — soon partnered with Pakistani intelligence to recruit and train guerilla fighters, known as the Mujahadeen [ https://en.wikipedia.org/wiki/Mujahideen ], who could put up a resistance against the Soviet army.

Both parties “overestimated the threat posed by the other superpower in Afghanistan,” Rubin told CNN in March 1999. The resistance was a success. By the early 1980s various Mujahadeen groups were fighting against Soviet forces and pro-Soviet Afghan government troops.

The United States’ donation of anti-aircraft missiles to the Mujahadeen fighters caused major losses to Soviet aircraft and troops. The United States also expressed its opposition to the Soviet occupation by boycotting the Olympics in Moscow in 1980.

Two years later, the U.N. General Assembly called for withdrawal of Soviet forces. By November 1986, amid continuing hostilities between the Mujahadeen and Soviet forces, Kamal Barbak was ousted as "prime minister" by the Soviets for ineffectiveness and replaced by the former chief of the Afghan Secret Police, Mohammad Najibullah. But Najibullah also was unable to control the Mujahadeen, and when the Geneva Accords, overseen by the United Nations and guaranteed by the United States and the Soviet Union, were signed in April 1988, they effectively ended the war.

The treaty, signed by the governments of Pakistan and Afghanistan, outlined a policy of non-interference and contained a timeline for the withdrawal of Soviet troops.

The Soviets began withdrawing from Afghanistan in May 1988 and were gone by February 1989.

Despite the Geneva Accords and the withdrawal of Soviet forces, civil war continued in Afghanistan as the Mujahadeen continued to fight the government of Soviet-backed Mohammad Najibullah. The resistance ousted Najibullah in 1992 and installed the Taliban government whose hard-line policies ended the fighting. The 10-year civil war in Afghanistan caused a drain on the country’s economy and led many Afghans to flee to neighboring Pakistan, where many remain in 2006.

Questions:
1. Why did the Soviet Union invade Afghanistan?
2. How did the United States get involved?
3. How would you describe Afghanistan at the time of the invasion?