See results for all primary races in Ohio

EDITOR’S NOTE: Due to the coronavirus outbreak, the Ohio primary election was moved from March 17. The deadline to vote in the Ohio primary election is April 28. Voters must request an absentee ballot from their county’s board of election if they have not already voted. All absentee ballots mailed in must have a postmark of April 27 to be counted, and all ballots must be received by the boards by May 8 to be counted. Voters can drop off the ballots to board offices in person by 7:30 p.m. April 28. In-person voting will be offered on April 28, but will only occur at boards of elections early voting center and only be available for people with disabilities who require in-person voting and people who do not have a home mailing address. Local election officials say voters need to make sure they include all the required information on absentee ballot request forms and pay close attention to unsolicited request forms they get in the mail. State law allows ballots to be scanned but they cannot be tabulated until 7:30 p.m. April 28.

Five people are vying in Ohio’s March 17 primary [moved to April 28] to win their parties’ nomination to represent the 10th Congressional District.

The incumbent, Mike Turner, is Ohio’s second-longest serving Republican congressman. He’s well known to Dayton, having worked as an attorney and as Dayton’s mayor for eight years. Turner has represented the 10th district — and the prior third district — since 2003. Most recently, in 2018, he defeated developer Theresa Gasper.

A trio of Republicans and two Democrats are running Tuesday. Here’s a brief introduction to all of them, with responses from candidates to a series of questions (edited for space).

Why are you running for office? I am a career Air Force public servant not a career politician. I am running to cut federal spending and balance the budget before the country goes bankrupt. I want to get rid of career politicians. I am a constitutional conservative.

What are the 3 biggest problems facing the nation and how will you fix them? The growing national debt of $23 trillion is the biggest problem the nation faces. We must cut spending and the federal government to balance it. We have unfunded liabilities of over $100 trillion. We must pass a balanced budget amendment.

The second biggest problem which must be solved is getting rid of the political class that dominates our politics. We must pass a term limits amendment to the Constitution to get rid of the career politician class in order to clean up our government and restore accountability.

The third major problem we must solve is to restore American traditional foreign policy to keep us out of foreign no-win wars that are none of our business which we cannot solve.

Recent mass shootings have led to calls for gun control – background checks, a resumption of the assault weapon ban, etc. What are your views on gun issues? I will oppose any legislation or treaties that restricts or attempts to restrict or infringe upon the Second Amendment Rights of innocent Americans to bear arms for their own protection, and that of their families, friends, neighbors, and associates.

How should lawmakers respond to the spread of coronavirus? We should require that any foreign visitor to the U.S. is required to be tested for the virus before being allowed to travel to the U.S. If they test positive for the virus, they should be denied admittance.

Wright-Patterson Air Force Base is a major employer in the Dayton region. What will you do to keep the base strong? It is a myth spread by Congressman Turner and his predecessors that one local congressman can keep the base strong. It is a lie. I have worked at the base for 43 years and I can tell you the reason it is strong is because of the work ethic, skills, knowledge and expertise of the great civilians, contractors, and military that work there.

I, like many others, are tired of the tax-and-spend mentality of our government. It is too big and the waste, fraud and abuse is out of control. Nobody seems to care and they certainly aren’t stepping up.

1. The $23.5 trillion national deficit should concern everyone. We are paying $500 billion a year in interest alone. Think of how many homeless veterans or families that could benefit from that and the other billions of dollars wasted.

2. We have started dipping into the $2.9 trillion surplus that we’ve accumulated over the past three plus decades. It will be depleted by 2034. We will have to cut payouts by 23 percent. With an aging population, we must act now. Increasing taxes on hard working Americans or raising the retirement age is not acceptable. I think we need to investigate the status of some non-profit hospitals.

3. Illegal immigration has needed an overhaul for decades. Not only is it costing the taxpayers billions of dollars a year in education and healthcare, the illicit drugs and crime flowing into our communities is killing our kids and police officers.

We look for the government to solve all of our problems. We have forgotten, or the media has neglected to tell us, that influenza has killed 18 million people this flu season. However, the Covid-19 virus is particularly worrisome because some people have it and have no symptoms. We should still follow the same old guidelines ie., stay home if you’re sick, wash your hands frequently, cough into your elbow, avoid large crowds if possible, get vaccinated and disinfect surfaces and doorknobs.

I am a strong supporter of our police and military.
I would continue to support President Trump and his efforts to ensure funding for the greatest military force on earth. 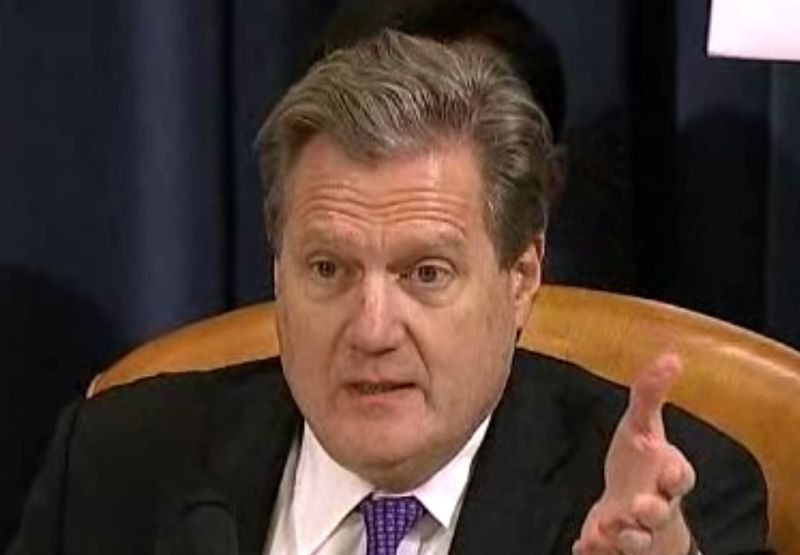 Education: Attended Dayton Public Schools and graduated from Belmont High School. Bachelor's degree from Ohio Northern University; an MBA from the University of Dayton; and a juris doctorate from Case Western University School of Law.

I’m running for re-election for Congress because as mayor of Dayton and now in Congress, my prime focus has always been advocating for our community. I appreciate the honor to fight for Southwest Ohioans in Washington and further promote the growth of our region.

The three biggest issues facing our nation are national security, the economy and health care. The work done at Wright-Patterson Air Force Base plays a critical role in our keeping our country safe, which is why I continue to advocate for the missions at WPAFB. Since I’ve been in Congress, approximately 10,000 jobs have been added at Wright-Patt, bringing the total to over 30,000 employees. I was also able to secure a $182 million expansion project at Wright-Patt, the biggest expansion project in the base’s history.

Congress is continuing to be briefed on coronavirus as it develops. We are working to provide immediate additional funding to combat it.

I am proud to be the lead advocate for Wright-Patterson Air Force Base. As a senior member of the House Armed Services Committee and House Intelligence Committee, I continue to advocate for increased funding for the defense industry in our community.

I’m running for office because our communities are increasingly becoming filled with people crippled by medical debt, student debt, or stagnant wages, and these issues are not addressed by any other candidates in the race. I am an engineer by training and a scientist by profession, and so identifying problems and solving them is what I do.

Tens of millions of Americans do not have health insurance and tens of millions more are under-insured. I support Medicare-for-all which will guarantee healthcare access to all people in this country like those systems that already exist most other developed countries.

Wages have been increasing slower than the rate of inflation and many families are being left behind. I support a minimum wage that is a living wage which will lift millions of people out of poverty.

College debt is hurting so many people that some of our neighbors are having their Social Security checks garnished because of it. I support forgiving all student debt and making public colleges and trade schools tuition-free.

In addition to increasing research funding for a vaccine, lawmakers must enact paid sick leave days for all workers and a healthcare system that is guaranteed for all people with Medicare For All.

I am a former scientist at the NASA Ames Research Center and come from a military family, so I can connect with the military personnel and engineers at Wright Patt. I understand that in order for us to keep our area globally competitive, we need to focus on the jobs of tomorrow. 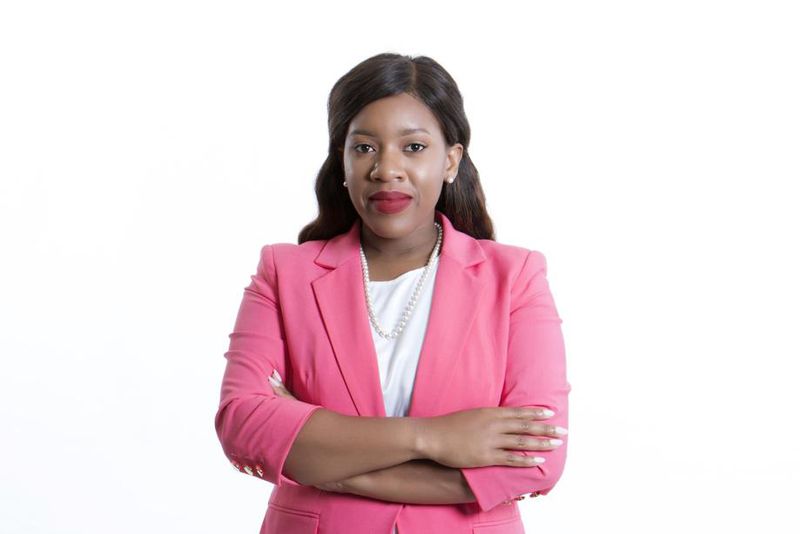 I am running for office because the people of Southwest Ohio deserve a seat at the table. I am a proud product of West Dayton and Dayton Public Schools. I’ve been fortunate enough to work with some of the best public servants in the country, like Sen. Sherrod Brown and President Obama.

Jobs and economy: The Miami Valley has been left behind for far too long.I want to bring good paying jobs back to this region through rebuilding our infrastructure and supporting workers' right to organize. We can make Dayton and the Miami Valley the national headquarters for green jobs and manufacturing.

Healthcare: Far too many Americans cannot afford nor access quality healthcare. The Affordable Care Act opened up access to healthcare for millions of Americans. We should protect and expand the protections of the ACA to make healthcare more accessible and affordable for all, which should include a medicare public option.

Lawmakers and leaders should respond to the spread of Covid-19 by providing common-sense emergency preparedness guidelines and expand the funding of the Center for Disease Control (CDC). It’s so important that we remain calm and steady as we work to protect our citizens. The CDC plays a critical role in protecting public health. We should not prematurely cut funding to an organization that plays a proactive role in our public health.

In addition to fully funding Wright-Patt we must create a pipeline of opportunities for students and graduates of our local high schools and colleges.
As cyber-security continues to be a growing concern across the country, the Miami Valley is poised to lead our country’s national security.