Ohio is divided into 16 congressional districts, each represented by a member of the United States House of Representatives.
After the 2010 Census, Ohio lost two House seats due to slow population growth, compared to the national average, and a new map was signed into law on September 26, 2011. 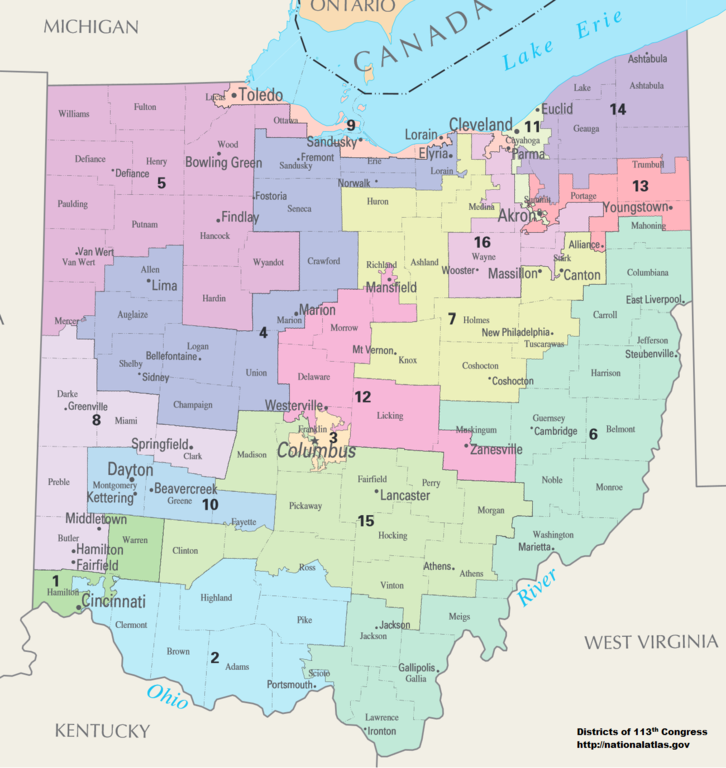